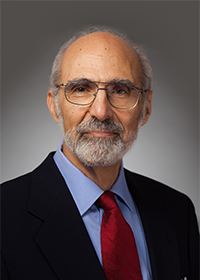 Jonathan Katz, Ph.D. and Professor of Practice in Cultural Policy and Arts Management at George Mason University, consults extensively on strategic planning, cultural policy development, advocacy, leadership development and the value of arts education. He has team-taught the required graduate course Arts in Society and has inaugurated the graduate electives Arts Advocacy: Agencies and Associations, and Arts Entrepreneurship. He served as CEO of the National Assembly of State Arts Agencies (NASAA) from 1985 through 2014, guiding that network of 56 government agencies through three major recessions, shifts of state and federal political philosophies, cultural controversies and the digital revolution as they grew to manage more than $400 million annually and as Congress doubled their percentage of the program budget of the National Endowment for the Arts (NEA) from 20% to 40%.  He is particularly proud of the roles he played in co-founding the Arts Education Partnership, established by the U.S. Department of Education and the NEA as the nation’s forum for the advancement of learning in the arts; co-founding the Cultural Advocacy Group, the coalition of national associations that each year decides upon and communicates to Congress and the executive branch a united legislative agenda for the federal cultural agencies; and partnering the state arts agencies with the Poetry Foundation and the NEA to establish Poetry Out Loud, the project that has now engaged over 4 million high school students in an annual national poetry recitation competition.

Katz is also a poet! His poetry collection, Love Undefined (2016), won a publishing award from C&R Press, who have also published his second book of poems, Objects in Motion (2019) and this third, Lottery of Intimacies (2022).