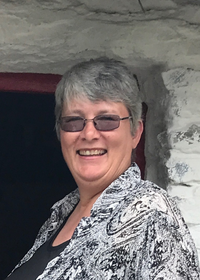 Karalee Dawn MacKay (Director) has over two decades of wide-ranging experience in performing arts management and production throughout the United States, Scotland, and Cuba including Broadway, Off-Broadway, regional, national and international tours, not-for-profit, and commercial productions. Several favorite moments in her career include serving as the Managing Director of the Cherry Lane Theatre and assisting with the launch of the Alternative Mentor Project for emerging playwrights, and as the General/Business Manager of Signature Theatre Company in NYC. International projects include serving as the producing director and marketing coordinator for Odd Act Theatre Group’s production of How the Money Goes at the Edinburgh Festival Fringe in Scotland, and as the production manager and lighting designer for Winter Under the Table as part of the Festival De Teatro de la Habana International Theatre Festival and a workshop production with Teatro Los Elementos in the Cienfuegos province in Cuba.

She teaches several core and elective courses, including the development of a new elective and partner course with the Smithsonian Folklife Festival, Mason’s Folklore Program, and fellow professors Dr. Carole Rosenstein and Dr. Lisa Gilman (Folklore). In addition to teaching, she oversees the Arts Management Minor, Accelerated Masters programs, and serves as the Academic Director of the program’s annual study abroad immersive experience. Past international courses have explored Belgium, France, Ireland, The Netherlands, and the United Kingdom (England, Northern Ireland, and Scotland). She is an affiliate faculty member of Mason’s Folklore program and has strong ties to Mason’s School of Theater.

A first generation, non-traditional student herself, Director Dawn MacKay is a strong advocate for and mentor of non-traditional students in the Arts Management Program. Earning an M.A. and Ph.D. in Theatre History & Performance Studies from the University of Maryland - College Park. Current research focuses on the creation, maintenance, and preservation of traditional arts and cultural festivals in Ireland, Scotland and rural America and the impact of popular culture tourism in the less populated areas of Scotland and Ireland. Her research has been presented at regional, national, and international conferences.

Throughout the year, she can often be found in various off the beaten path locations exploring food, craft, and music festivals. As part of the Traveling MacKay Clan with her husband and two dogs, she has traveled to 48 states and nine countries…so far.

If you’re curious about the Arts Management Program or how we support non-traditional students, reach out to Director Dawn MacKay today!

Dr. MacKay is an adjunct professor in the Master of Arts in Arts Management program at George Mason University where she was awarded the 2009, 2010 and 2012 Faculty Member of the Year Award for Teaching Excellence.

In 2013, the Faculty Member of the Year Award was renamed the Professor Karalee Dawn MacKay Excellence in Teaching Award, in recognition for five years of outstanding teaching and service to the students of the Arts Management Program.

In 2015, Dr. MacKay was nominated for the Career Connection Faculty Award, that celebrates Mason faculty who have made a positive impact on students’ career goals, employment plans, or graduate school preparation.