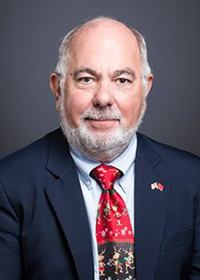 Richard Kamenitzer's accomplishments include being the former Program Director & Associate Professor of the Arts Management Program (having been granted EMERITUS status by George Mason University’s Board of Visitors in 2013, upon his retirement); principal of The Bright Solutions, an arts & non-profit consulting firm; Chief Financial Officer of the Confucius Institute U.S. Center; principal of Succession, Inc., a non-profit consulting firm; vice president of ADVENTUS II, Inc, a construction management firm for hospitals, universities and arts organizations; executive director of the Newark Community School of the Arts; vice president for operations of the Boys & Girls Clubs of Newark, NJ; dean of business affairs & tenured professor of Passaic County Community College; assistant to the executive vice president and budget director of Essex County College; staff auditor of Arthur Andersen & co, an international CPA firm. In addition, he has been a member of the adjunct faculty of Penn State University, Fairleigh Dickinson University and Essex County College. He served as Cultural Envoy of the U.S. State Department to the Kingdom of Swaziland and as a USAID representative from George Mason University to the Republic of Sierra Leone. He has taught at three Chinese Universities and five South Korean Universities. He has served on the Board of Trustees/Directors for eleven arts, not-for-profit and private foundations. For three years he was the finance instructor at the John F. Kennedy Performing Art’s Center DeVos Institute for Arts Management. He has a BS in Accounting and an MBA in Quantitative Analysis from Seton Hall University and an LL.B. in American Law & Procedure from LaSalle Extension University and has done post graduate work in higher education administration at New York University.